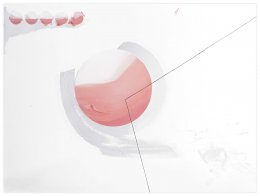 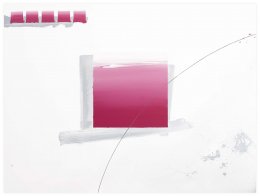 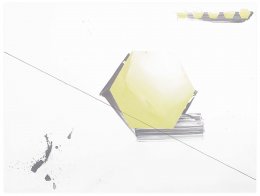 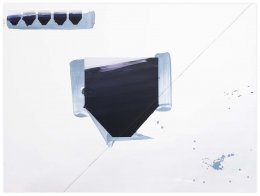 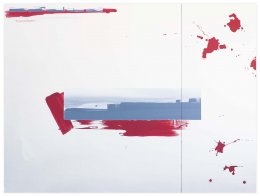 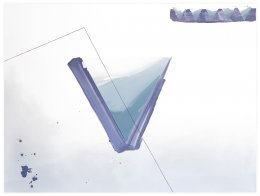 This serie was elaborated from a formal study of medieval illuminates manuscripts. Flattened and floating perspective where the foreground and the background are swaped. Attention to details, patterns, a pre-mannerist stylization of the human figure and elements of nature . Global light. Juxtaposition of multiple clear and saturated colors , concurrent presence of the text which acts as a frame. Gothics script, initials.

Inspired by this observation, the forms applied on the surface of the painting are simple, often geometric. There is no story to tell, the letter arranged in planes remains an abstract form opened to meaning. A line of graphite crosses the surface as if to link the conception of the space of the Middle Ages with our time.

The materiality of the painting carried by the gesture make it possible to read this thought.